What is biological control?​

Our thanks to the team for allowing us to use the following material.)

**Biological control of weeds is the deliberate use of living organisms to limit the distribution and abundance of a target weed.

Natural enemies cam damage or destroy a weed's flowers, seeds, roots, foliage or stems.  This damage may kill the plant outright, reduce weed vigor and reproductive capability, or help cause or promote secondary infection from pathogens-all of which reduce the weed's ability to compete with other plants.

The aim of biological control is to reunite host-specific natural enemies with the target invasive plant to reduce the weed's impacts and restore at least part of the ecological balance present in the invasive plant species' native range.

Uncertainty about whether the biological control agents will effectively suppress the target weed to desired levels, the long time that might elapse before impacts are observed, and the risk of adverse non-target impacts on unintended plant species.  Biological control agents cannot be removed from the ecosystem once they are established, so they are and must be selected carefully and studied extensively before they are introduced.

BIOLOGICAL CONTROL ASSISTANCE TO THE LWRCWMA

In 2006, a biological control specialist position was finalized by the Bureau of Land Management (BLM) and the Idaho State Department of Agriculture (ISDA).  Joey Milan was chosen for the position.  Joey is a Boise, Idaho native who graduated from Albertson College of Idaho with a BS in Biology and began his career with the BLM in 2001.  In 2002, he entered a graduate program at the University of Idaho, where he completed his MS in Entomology.  For his Master's Thesis, he did research on the impacts of biological control agents for rush skeletonweed.  Upon completion of his MS, he was hired for this interagency position.  At the present, he serves as the interagency coordinator for biological control, assisting weed control practitioners in their Integrated Weed Management approach, by providing technical assistance and monitoring of past releases, as well as organizing new collections and additional potential releases.

The LWRCWMA relies upon the Nez Perce Bio-Center, located in Lapwai, Idaho.  Paul Brusven serves as the Bio-Control Coordinator for the tribe.  He coordinates efforts to rear and disperse approved bio-control agents (insects) that attack noxious weeds and invasive weeds that persist across thousands of acres in Idaho and the Pacific Northwest states.  The Nez Perce Bio-Center has been a great asset for many years assisting Washington County with our biological needs. 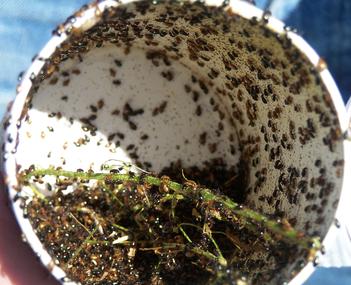 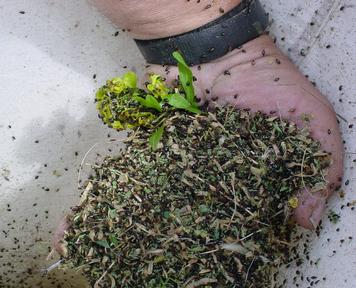 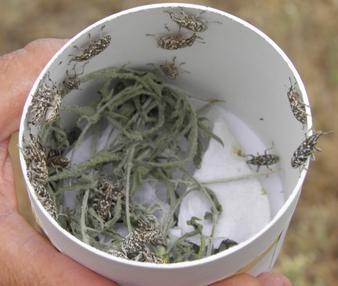